My answer to Can I create an excellent OS with C#? https://t.co/M9zNOxH5jY
h J R
BigBlueCeiling

My answer to Can I create an excellent OS with C#? https://t.co/eWnDoMNMMh
h J R
BigBlueCeiling

My answer to Can a programmer learn on the job? https://t.co/uUaEEctxIv
h J R

A short exercise on predicting or recommending where AI will take marketing in the next two years.

There are three areas that I see AI, either already occupying or being rapidly picked up: 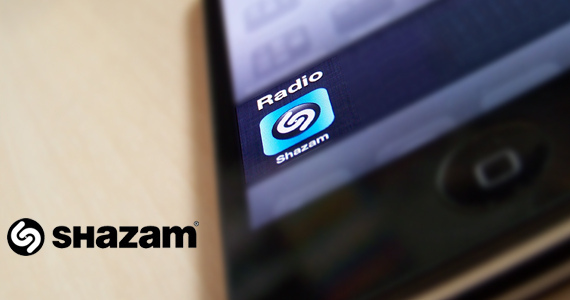 content. This has been around for a long time in the form of apps like Shazam and Soundhound, connecting music heard over the radio or tv with identification, lyrics, and the ability to purchase – but I’m seeing ever-growing applications to migrate from this relatively passive approach to one where recognition is used to improve the conversion rate of all sorts of traditional advertising by giving the audience a shortcut to engagement by detecting brand messaging in their environment and providing a simple way to answer the call to action.

Do something with all that Big Data

Thanks to market research, social media, public databases, and so on, we have more information about audiences than ever. The tendency is to think that the always-on future of screens is an opportunity to fill the public’s visual field with ever-present marketing messages. AI lets us avoid that misstep by using our these massive datasets to anticipate who will respond and when, by building models of interest and response, and being helpful rather than intrusive.

2018 will see a spike in apps for mobile, and the year following in digital eyewear, that are able to confidently identify products in the user’s environment. Experimental and novelty AR has previously been based in recognition of specific targets, but Apple’s MLKit sent the message that AR recognition is all about machine learning. With this tool, we can connect marketing efforts to lifestyle like never before, being a consumers assistant instead of just another ad to close.

We’ve all seen them.

I guess I could start by saying that in general, I’m a big fan of Elon’s perspective and ingenuity. That feeling is echoed pretty much universally by everyone I work with and around – colleagues from my particular segment of Hollywood have gone to work at Tesla and SpaceX because our skillsets are typically applicable there as well (especially in the realm of simulations, and, to a lesser degree, AI).

I can also lead off by saying that Artificial Intelligence is incredibly risky – though not, I don’t believe, in a “they’ll join together and create SkyNet and kill us all!” sort of way.


I’ll provide a few stages of information here – and answer any questions in the comments. This is just a quick overview – and it’s easily worth an entire book, not just a short article. I’ll cover the different types of AI (because this is important to understanding the risk), the risks that I believe Elon is most concerned with, and what the perspective of other people in the marketing, branding and entertainment space seems to be. 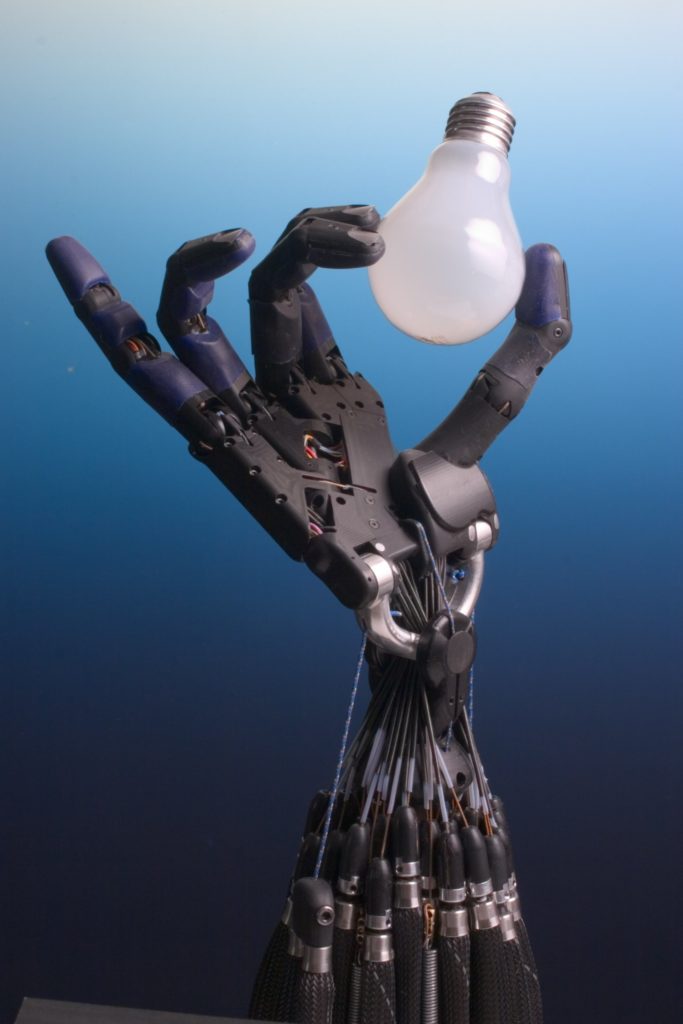 First, we need to understand what AI is – and what Musk is referring to. There are two (or maybe three) categories of Artificial Intelligence: 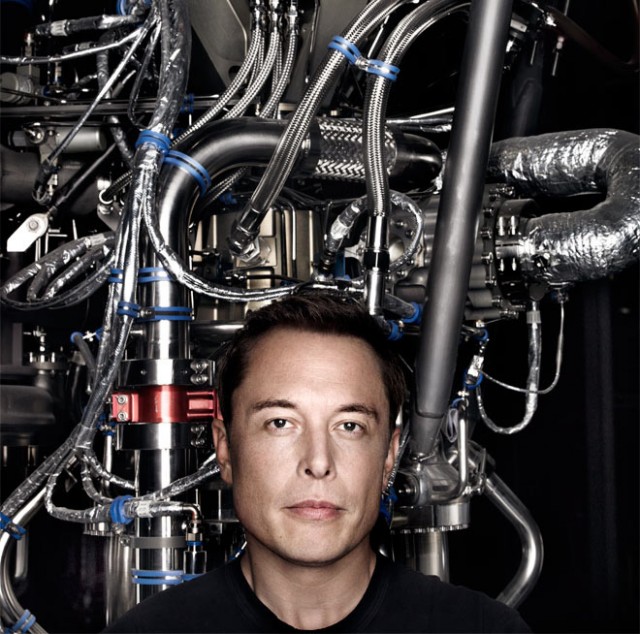 Now that we’ve covered the background, I can address the specific dangers which I believe Elon is issuing cautionary tales about.

For the most part, marketing  & branding, and even the associated tech workers in these industries, are oblivious to AI except as a Science Fiction threat. Our partners and clients reach everything from mobile tech to oil companies – and they’re all, universally, deeply involved in AI. We’re touching it all over the place – WeakAI for the most part – to gain insight on user/customer behavior, using it to analyze why some advertising gets higher conversion rates than others, or to pick the right song to play next on a playlist.

At Mirada, we have a content discovery and distribution platform that’s based around a host of technologies including machine vision and automatic audio content recognition. We’re applying machine learning to a visual effects intensive project right now – but instead of displacing workers, it’s allowing us to do work that wouldn’t have been possible, otherwise. But this is all Weak AI.

Our clients also are almost limitlessly demanding – there’s literally no point at which we would deliver most projects that the client wouldn’t want a little bit more if their budget allowed it. Even the introduction of Strong AI seems unlikely to displace many (any?) people in our organization – simply because it would enable us to put that much more effort into the project. Our consumer-facing products would predominantly use AI to assist the customer in ways that weren’t practical to employ people for previously.

We’re in for a rough decade ahead – barring some other, greater societal upheaval, we’re facing some devastating unemployment starting at the tiers of society that are most vulnerable. At the same time, however, we’re not helpless against it – an economy where the cost of basic goods and services is largely reduced to the cost of electricity is one that can support a large number of less-engaged workers. People may find value in the numerous other activities we engage in – participating in society, local government, volunteer work, the arts – it’s quite possible that the arts community may simply never be won over by AI artists. As a society, we may decide to place even more emphasis on sporting activities and fitness – taking refuge in our innate biology.

Much of the public-facing work we’re doing at Mirada, and nearly everything that I’m involved in collaboratively via my thinktank “Big Blue Celing”, are responsive to my particular, unique definition of “augmented reality” – it’s not about augmenting reality, it’s about human augmentation: leveraging exotic sensors, artificial intelligence, and big data to make humans better at being human.

What Musk is doing

Musk, himself, launched Neuralink this year – to augment humanity itself by linking us directly to the computers. If successful, this project and others like it will transform life on earth and free us from being supplanted by the machines. If we can’t beat them, we’ll join them.

Elon also talks about wanting regulation – wanting a body to look at the problem, and the solutions it’s offering, impassively, and treat it the same way one would any other tool that could be dangerous in the wrong hands. Not dangerous in a “the robots are coming to take my guns!” kind of way, but rather in the ways that make us wonder if life is worth living.

Regulations might be good. But I doubt they’ll be enough. They can’t stop the march of tech, they can’t apply that restriction globally, they’ll only slow it down. With luck, that delay will allow us to merge with the machines – and by joining with them, it will no longer be a cold AI that marches past us in intelligence and wisdom and memory and processing. It will be ourselves, marching past anything that humanity has ever been. 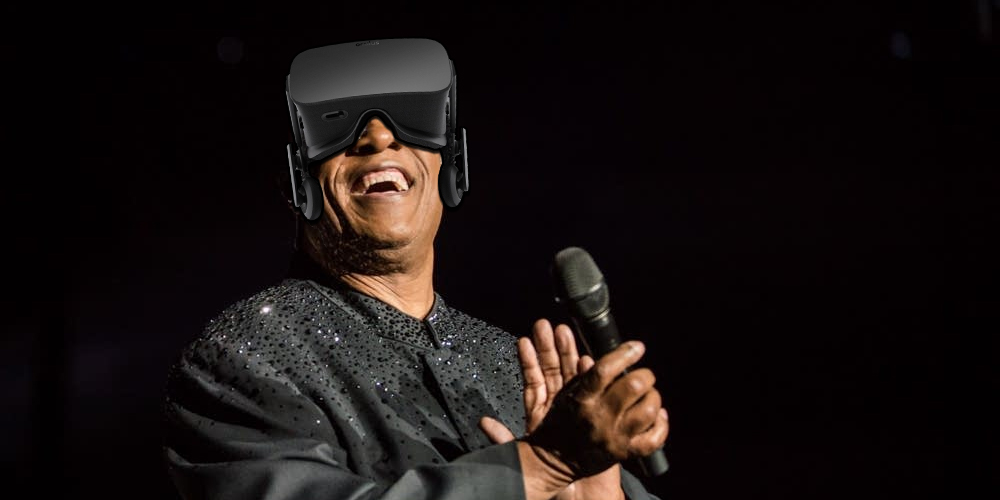 I’d intended to write about this in much more detail earlier – but plenty of things have gotten in the way. Sometimes there’s just not time to write everything out – but since much of this has still not, a month after WWDC, been discussed in the media it seemed worth spending an hour or so to write out.

If you enjoy this sort of thing, or would like to hear about a major new AR announcement I’ll be unveiling later this month, please follow me on LinkedIn or on Facebook at my Public Page.

You all know the story, already.

… and for the rest of this article, pick it up here en my LinkedIn blog.